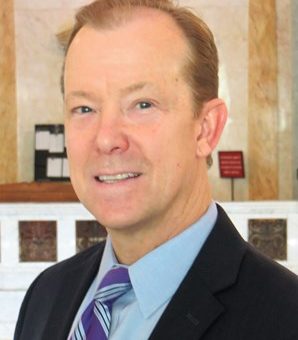 Since 2018, Godfrey has served as a magistrate with the Allen Circuit Court, where he presides over criminal, civil, family, and child support cases. Additionally, Godfrey also runs three problem solving courts: Veterans Court, Restoration Court, and Operating a Vehicle While Intoxicated Court. The OVWI Court is the first and only in the State of Indiana.

Godfrey began his law career clerking with the Allen Superior Court under Judges Surbeck and Thieme. Upon completion of his clerkship, Godfrey was hired by the Lake County Prosecuting Attorney’s Office where he remained for seven years until he was hired by the Allen County Prosecuting Attorney’s Office in 1999. Godfrey was promoted to chief counsel of the Criminal Division and during his time there he prosecuted the most serious of felonies committed in Allen County.

Godfrey earned a bachelor’s degree in criminal justice from Ball State University and a law degree from Valparaiso University.

Godfrey will be sworn in as the judge of the Superior Court in Allen County on a date to be determined.