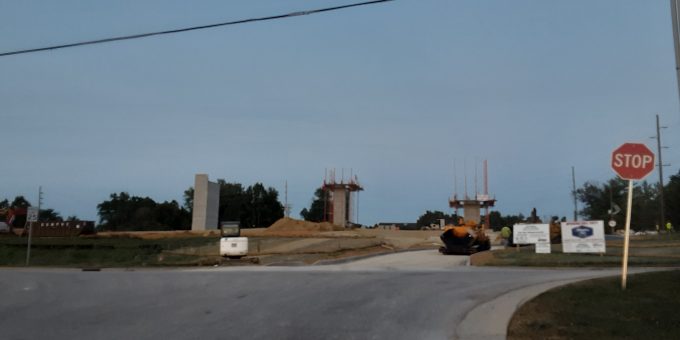 The first request from General Hotels Corporation, from Marion County/Hampton Inn 1300 Becky Skillman Way. They will be subdividing the parcel into three lots. All the lots are zoned B-3, which two lots north of the hotel will be sold for business.

Work on the project continues for the Hampton Inn, however, the project is not expected to complete until sometime next year. In the next couple of weeks, the pouring of the concrete for the first floor should be completed.

The Hampton Inn will have 88 rooms, a swimming pool, a small bar area, and one small meeting room.

Gary Sanders’ request for a minor-subdivision as part of lot 2 in Block D and Woods Out lots, located at 25th and L Streets, was approved.

Gary Sanders’ request for a minor-subdivision of lots 62-64 in the Southridge Subdivision was approved. The new sub-division will be called Sanders Minor Subdivision.

During the public hearing on all three projects no one spoke for or against the projects. All residents in the area of these projects also received notification of the meeting and no one gave any written response to the plan commission.

Brandon Woodward gave updates on a few projects that are underway throughout the city. Woodward reports Autumn Trace continues to move forward and will be a nice facility. Burkes Outlet is completed and moved into where Gordman’s used to be located.

The Gateways for the City of Bedford are expected to start being set. The first Gateway pillar will be set around noon tomorrow (Thursday) in front of Crowder’s Drug Store on the city’s eastside.

A second Gateway pillar will be set some time next week in the area of Bedford City Hall to welcome visitors to the business district.

The pillars will be 16 feet tall. Architectural Stone did the carving, and Johnny’s Signs did the lettering for the project. Both pillars are made out of limestone.