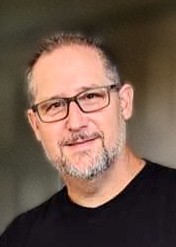 A graduate of Mitchell High School, class of 1986 and Vincennes University, class of 1988, Brian was district sales manager for Lowes Home Improvement and former manager of the Bedford Lowes.  He was a member of The Masonic Lodge F&AM 14 and the Scottish Rite of Indianapolis.  He was of the Christian Faith.

Brian was predeceased by his parents, George and Edna Eagans and several aunts and uncles.

A celebration of life will be held on Monday, October 19th at 7PM at Ferguson-Lee Chapel of Thorne-George Family Funeral Homes in Bedford with Tim Day officiating. Visitation will be from 4-7PM also on Monday at Ferguson-Lee.

Memorial contributions can be made to Community Cancer Center North, Indianapolis or Habitat for Humanity of Indiana.