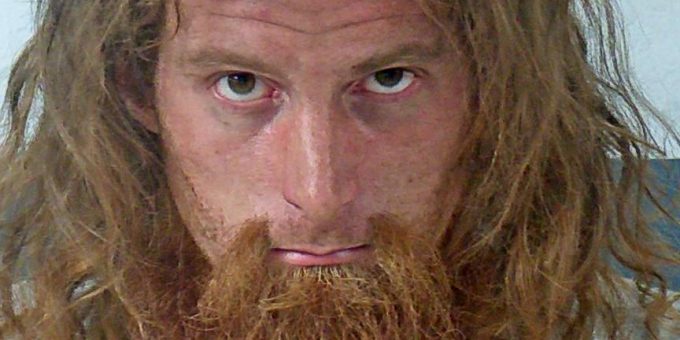 (MITCHELL) – A Mitchell man was arrested Thursday on drug charges after police received information about a stolen firearm related to a burglary that had occurred recently.

Livingston told police that he knew about the stolen firearm but it was not in his house, but officers were free to search.

No illegal items were found in the home, but officers were concerned about the children’s living conditions.

Officers found a large number of cockroaches throughout the home, animal feces on the floor, limited food, and an overwhelming odor of animal urine.

During this time officer located illegal items inside a detached garage.

In a green military bag officer located several baggies used to package narcotics, two glass smoking utensils with white residue (commonly referred to a a ”chicken bone” which is used to ingest methamphetamine). In the box that the military style bag had been sitting on top of officers located two handguns. One Denali 380 caliber handgun with a fully loaded magazine and a round of ammunition loaded in the chamber, and one .22 caliber H&R model 929.

Officers then located a safe that was built into a desk to appear to be hidden, and asked Livingston for the combination, which he provided.

In the safe officers found two glass containers that contained 0.45 grams of a brown white substance and a plastic bag containing 0.90 grams of a rock substance, which both tested positive for meth, digital scales, cut straws with white residue, several Gabapentin 300mg pills, a black container containing several burnt rolled marijuana cigarettes, and Livingston’s identification card which was attached to the outside of the safe. They also found $140 in cash.

Located in the garage in plain sight sitting on the desk was a broken glass piece with burnt white residue, and a large glass water pipe commonly referred to as a ”bong” that contained burnt marijuana residue. officers also located several other items of paraphernalia consistent with narcotics usage throughout the garage.

Police asked Livingston about the drugs and he put his head down and said ”I got a problem man”.

He was then arrested.

Livingston told police he has been using meth for a couple years since his wife left him and he has been smoking marijuana since he was a teenager. He advised that he has an problem but feels like he can quit at any time.

Police provided Livingston with Centerstone information and advised him to seek some help for his addiction upon his release.

All illegal items including the two handguns were taken back to the Mitchell Police Department and placed into evidence.