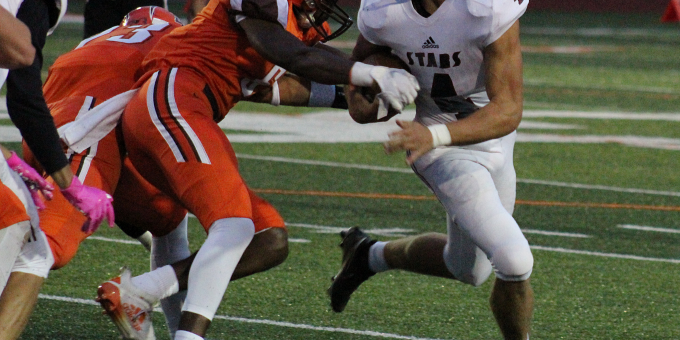 BEDFORD – Bedford North Lawrence will face New Albany in the semifinal round of the IHSAA Class 5A Sectional 16.

BNL did not face New Albany this season. The Stars won 41-40 at New Albany in 2018, and they haven’t collided in the postseason since a BNL victory in 2006.

”I think it’s a good draw,” BNL coach Steve Weber said. “We’re at home, against a team we haven’t played. So that’s good. I wouldn’t like playing back-to-back against Floyd Central (this week’s opponent) or Jeffersonville (the regular-season wrap next week). That’s tough.

”We’ll use the time. The week off gives you time to hone skills and build more depth. It’s two weeks to prepare, and you can lick wounds after a tough nine weeks. That’s always good. I didn’t think I would like the bye week, but it does help.”

The Bulldogs dropped back-to-back games to Hoosier Hills Conference frontrunners Floyd Central (56-19) and Columbus East (48-14) before they rebounded with a 42-35 win at Seymour last week.

New Albany has won two sectional titles in program history, the last in 2002. BNL won its only championship in 2011 and owns an 11-36 record in its playoff history.