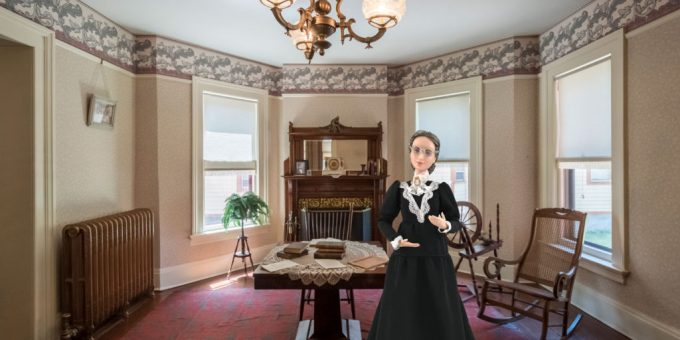 Mattel has added Susan B. Anthony to their “Inspiring Women” series for her “pioneering efforts and far-reaching impact” in the fight for women having the right to vote.

“On November 5, 1872, while protesting and leading the charge for women’s voting rights, Susan B. Anthony made a defiant move,” Mattel said on its website. “She voted in the presidential election and was arrested at her home in Rochester, NY.”

Anthony helped pave the way, for the 1920 passing of the 19th Amendment which gave women the right to vote.

Last week, the National Susan B. Anthony Museum and House unveiled the doll inside Anthony’s home.

“While Barbie may have started as a teenage fashion model in 1959, she has evolved over the decades into a feminist role model, most recently with a 2020 Barbie presidential candidate who is Black and has a diverse campaign staff,” says Michelle Parnett-Dwyer, curator of dolls at The Strong National Museum of Play, home to the National Toy Hall of Fame. “It’s only fitting in this year of celebrating the 100th anniversary of the 19th Amendment, that Barbie has now taken on the role of representing Susan B. Anthony.”

The doll officially launches on October 5, but a limited number are currently available through the Anthony Museum online shop at shop.susanb.org.