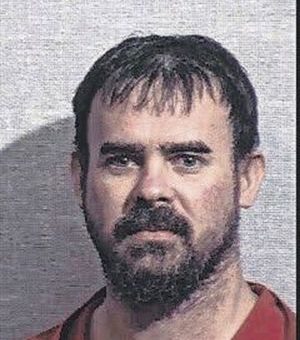 (VALLONIA) – A Medora man who has a history of resisting police officers and fleeing was arrested Saturday in Vallonia.

Knowing of Dillman’s history of fleeing, police were able to block the sport utility vehicle Dillman was driving after he parked near the Bluebird Cafe in the 2400 block of South Main Street.

Officers saw Dillman toss a brown package onto the passenger side seat.

He then attempted to flee but was unable to get the vehicle into gear and would have had to ram the vehicle blocking him to escape, police said.

Dillman eventually gave up and complied with officer’s commands and was arrested without incident.

Dillman complained of chest pain from a pre-existing heart condition, police called an ambulance. Dillman was transported to Schneck Medical Center in Seymour for a medical evaluation. He was released and transported to the Jackson County Jail with a new charge of possession of drug paraphernalia.