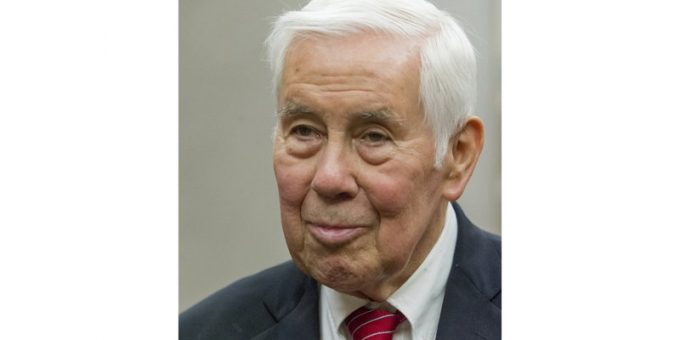 (INDIANAPOLIS) — A downtown Indianapolis post office will be named for former U.S. Sen. Richard Lugar as President Donald Trump has given final approval for the honor.

All nine of Indiana’s House members and both senators joined together on legislation renaming the postal branch a few blocks north of Monument Circle in the city where Lugar was mayor before his 36-year Senate tenure that ended with his 2012 reelection defeat. The honor follows the Republican senator’s death last year at age 87.

“When Sen. Richard Lugar passed away last year, Indiana and the entire country lost a giant,” Republican Sen. Todd Young said in a statement. “Sen. Lugar left an impact on Indiana that will be felt for years to come, and today only reaffirms his legacy will continue to live on.”

Lugar was praised for his bipartisan work, most prominently helping spur the post-Cold War dismantling of thousands of former Soviet nuclear weapons.