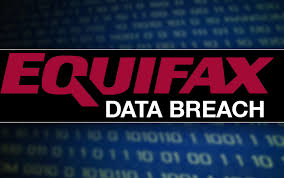 (UNDATED) – Attorney General Curtis Hill announced today the launch of IndianaEquifaxClaims.com, a website where nearly 4 million Hoosiers who were harmed by the 2017 Equifax data breach may go to securely file a claim for a restitution payment.

“Millions of Indiana residents were endangered financially due to Equifax’s failure to protect the personal information it was entrusted to keep private,” Attorney General Hill said. “We encourage these consumers to visit this website and claim the money they deserve. We hope this money lessens any burdens the data breach may have caused.”

Indiana was one of two states that opted not to participate in a multistate settlement with Equifax in July 2019. Instead, the Office of the Attorney General chose to file its own lawsuit against the company and, ultimately, negotiate its own settlement.

As part of Indiana’s settlement, Equifax agreed to pay the state $19.5 million. Indiana received more money than the states that participated in the multistate settlement, which distributed $175 million to be shared among participating states.

Nearly all of Indiana’s settlement has been directed toward restitution payments to affected consumers. A portion of the settlement will go toward administering the payments.

Simply provide the information required and, if you are eligible, you will receive a payment. You have until Dec. 16, 2020, to file a claim, after which payments will be distributed.

About 3.9 million Indiana residents are eligible for a restitution payment under the terms of the settlement. If you are not eligible, it is likely that you have family and friends who are eligible. Please encourage them to visit IndianaEquifaxClaims.com and file a claim.

For additional information about the Office of the Indiana Attorney General’s settlement with Equifax and about the claims process, please visit IndianaEquifaxClaims.com.

If media would like to schedule an interview with Attorney General Hill about this matter, please contact Lauren Houck at lauren.houck@atg.in.gov or (317) 675-6893.