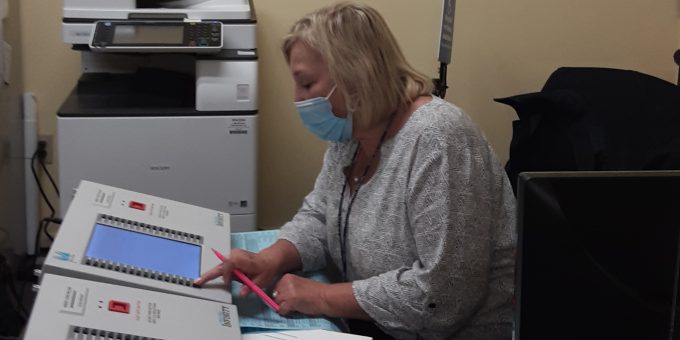 (BEDFORD) – The Lawrence County Election board tested the voting machines and checked the ballots for the upcoming general election on Thursday afternoon.

There were no issues found during the testing which was open to the public.

To date, there have been a total of 2,872 absentee ballots sent out, with 1,448 of those ballots turned back in so far in the upcoming General Election.

“Voters cannot turn in an unvoted ballot during early voting and opt to vote on a machine; that can only be done on Election Day. In other words, if a voter has requested an absentee ballot by mail and wants to vote on a machine, they may only turn that unvoted ballot in on Election Day at a vote center.” said Billie Tumey. “You can not turn absentee ballots in person at early voting locations.”

Any questions regarding any the election can be answered by calling the voter registration office at 812-277-2036.

The deadline to register to vote is October 5th.