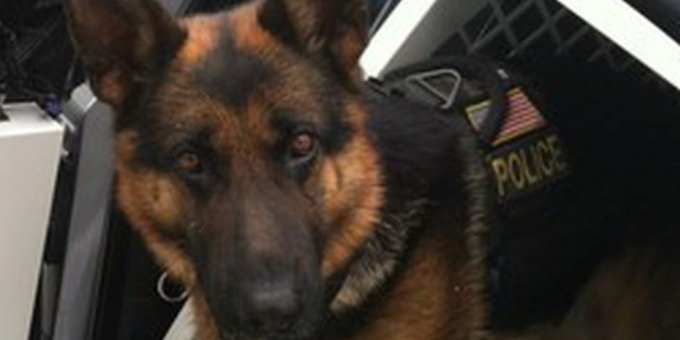 He and his partner Senior Trooper Matthew Wilson have patrolled together since 2012 mostly as part of a drug interdiction team.

In 2019, Barrett apprehended the man suspected of shooting and killing a K9 from the Fishers Police Department, according to ISP. He and Trooper Wilson are responsible for seizing significant amounts of narcotics including more than a ton of marijuana, 487 pounds of meth, 280 pounds of cocaine and 146 pounds of heroin and more than $1.2 million in cash.

Barrett was named after Trooper Daniel Barrett who was killed in the line of duty January 27, 2008.

Barrett will spend his retirement with the Wilson Family.