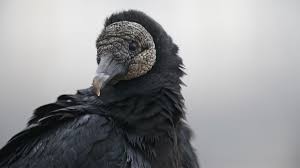 During an agriculture roundtable in Washington County, a farmer shared his story with Rep. Hollingsworth about how black vultures are destroying livestock and his frustrations with current federal law. Hollingsworth took this feedback to the House of Representatives and introduced the Livestock Protection Act to allow cattle farmers to proactively prevent damage of livestock by predatory black vultures.

The Livestock Protection Act was included in S. 3051, comprehensive wildlife conservation legislation that passed the House and Senate with bipartisan support.

“I’ve heard from farmers across Indiana’s Ninth District about costly black vulture attacks and the inability to protect their own cattle because of the federal government,” said Rep. Hollingsworth. “I took these stories to the House and introduced the Livestock Protection Act, encouraging our federal government to help, not hurt, our agriculture community’s way of life. I’m thrilled on behalf of Hoosier farmers that the Livestock Protection Act has now passed both the House and Senate.”

Migratory black vultures are protected by the Migratory Bird Treaty Act (MBTA), which provides for the protection of all migratory birds in the United States, Canada, and Mexico. Black vultures are a costly nuisance to livestock farmers during calving season because they attack and destroy newborn calves and other young livestock animals.  According to 2015 data from the U.S. Department of Agriculture’s Animal and Plant Health Inspection Service (APHIS), the estimated total monetary loss from all cattle/calf predation was $183.65 million in 2015. 26,770 cattle and calf deaths have been attributed to vultures. In Indiana, 42 percent of all calf deaths caused by predators have been attributed to predatory birds.

This legislation would allow the Secretary of the Interior, in conjunction with the Director of the U.S. Fish and Wildlife Service, to issue depredation permits to livestock farmers authorizing the taking of black vultures otherwise prohibited by law to prevent damage to livestock during calving and lambing season. The bill also requires any farmers who take black vultures under the state or regionwide depredation permit to report to the appropriate enforcement agencies the takings of black vultures.