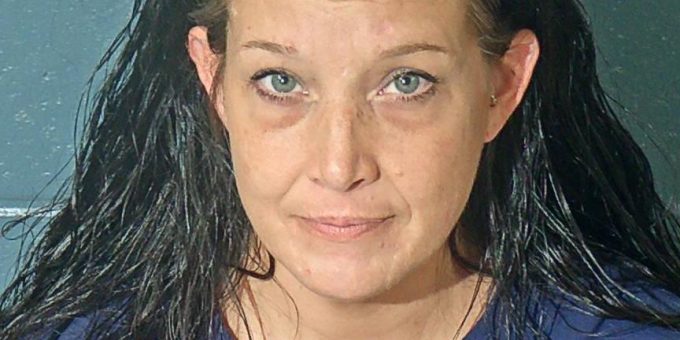 (BEDFORD) – A Williams woman was arrested Tuesday on a warrant after Bedford Police officers say she stole items from Walmart.

Police arrested 43-year-old Natalie Salazar, of Williams, on a charge of theft.

According to a probable cause affidavit Salazar is accused of stealing items from Walmart on January 12th, January 23rd and February 23rd.

On March 28, 2020 officers began their investigation after a Walmart asset prevention officer told police that they and another Walmart associate Natalie Salazar went to apprehend a female customer for shoplifting. on February 14th.

On February 17th store officials began investigating to see if Salazar was doing anything related to theft or fraud due to her relationship with the known shoplifter.

They pulled her discount purchase and looked up her self checkout transitions.

They soon discovered that Salazar had skip scanned merchandise on January 12th, January 23rd, and on February 15th.

On January 12th is seen in video footage taking a couple items to a self checkout register. While at the register, Salazar stacked a boxed card
game on top of a Barbie box. She scanned the Barbie box, but not the card game. She paid for her purchase and left the store

On January 23rd, Salazar is seen taking several items to self checkout register. While at the register, Salazar does not scan, or pay, for a Dremel tool. Salazar bagged the Dremel along with items that she had properly scanned. She paid for the transaction and left the store.

On February 15th Salazar is seen taking several items to self checkout register. While at the register, Salazar stacked a package of markers on top of another item that she had properly scanned, and then bagged both items, failing to scan the package of markers. Continuing with this same transaction, Salazar scanned one can of spray paint, but did not scan the other, then bagged both cans of spray paint. Salazar then rendered payment for the transaction and exited the building.

Store officials interviewed Salazar on March 6, 2020. No merchandise, payment, or promise of restitution was received from Salazar during the interview. Salazar was terminated at the end of the interview and escorted from the building.

Police attempted to speak to Salazar but were unsuccessful.

The information was forwarded to the Prosecutor’s Office and a warrant was issued for Salazar’s arrest.