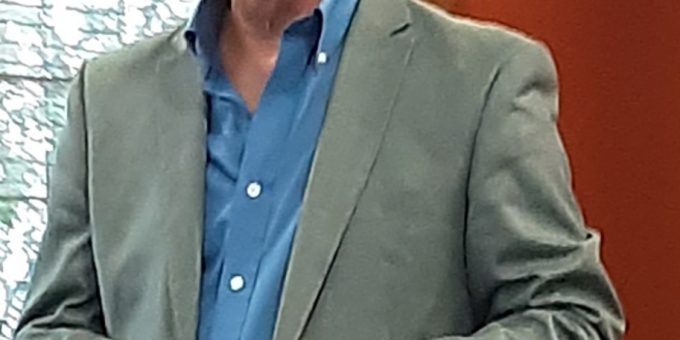 (BEDFORD) – Senator Mike Braun made a visit to Bedford on Monday, meeting with veterans and local officials at Golden Corral and discussed issues that were important to them.

The biggest concern locally is healthcare for veterans and ways for veterans to access health care without having to travel to Indianapolis; Marion, Illinois; or Louisville, Kentucky. Braun stated he will start looking into the concerns.

Local Veterans Affairs Officer Brad Bough has been been working to get a facility located in Bedford, or a local hospital to be able to provide healthcare services for veterans.

Bedford Mayor Sam Craig asked about the CARES Act and if local officials could use that money for revenue shortfalls, which presently the guidelines for the CARES Act prohibits.

Lawrence County Council Member Scott Smith asked about the Mid-States Corridor and where that local project stands. The announcement of the route will not be made until the Spring of 2021. Residents in Dubois County have been opposed to the corridor. Local officials have stated the proposed route would help connect with interstate systems and help local businesses like Lehigh. After more than 20 proposed routes, officials have now narrowed that down to five purposed routes.

Prosecutor Sam Arp asked about the federal government allowing local police departments to be able to do preliminary inspection of semis, especially for the aid in drug interdiction.

Braun is working to visit all 92 counties in Indiana, to meet with the people he represents and listen to their concerns. Every Friday, he meets with those who would like to discuss issues that matter to them in his Jasper office by appointment.