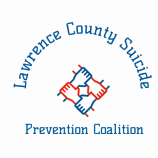 (BEDFORD) – The Lawrence County Suicide Prevention Coalition Walk is scheduled for October 24th at 9:00 a.m. and will start and end at the Thornton Park Shelter House.

Registration is the day of the event and is free. However, donations will be accepted so the group can purchase suicide prevention literature, and prizes.

“Because of the lockdown and COVID-19 suicides have increased 15 percent and 20 percent among military members,” said Terry Sanders Lawrence County Suicide Coalition member.

Here is some facts and figures:

In 2017, the suicide rate was 1.5 times higher for Veterans than for non-Veteran Adults over the age of 18.

There are several unusual or related actions which have been associated as predictors of suicidal feelings, including:

Although not every case has shown those warning signs, a large percentage of cases have included some of them.