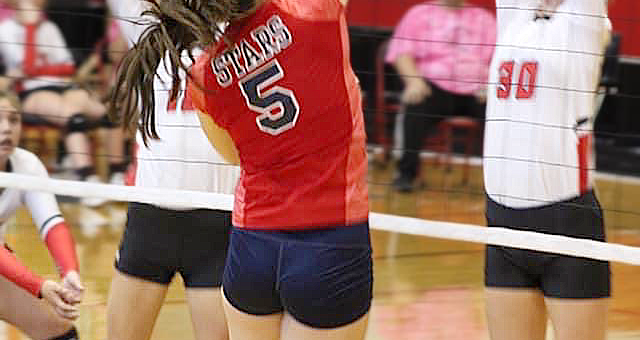 Waggoner and Kern controlled the action at the net as BNL cruised to a 25-7, 25-5, 25-20 victory over the Thunderbirds and improved to 12-10 with its second straight win.

“Annie and Carlee dominated the floor and no one could keep up,” BNL coach Gabrielle Arthur said. “It was good to be reminded we can win in three and start strong from point 1.”

“Every player on the roster was able to see playing time,” Arthur said. “It’s very encouraging for future years of our program that we can pull anyone off the bench and keep up with a starting varsity team.

“We showed a lot of grit. The girls are ready to roll with that momentum.”

The Stars will host Columbus North on Tuesday.