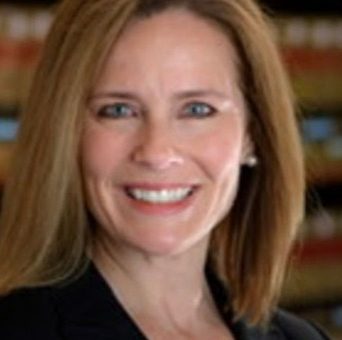 “Once again, President Trump has selected a Hoosier to serve in a position of national importance. I congratulate Notre Dame’s Amy Coney Barrett for her nomination to the Supreme Court and applaud the president for his choice. A brilliant legal mind, Judge Barrett is an inspired choice to serve on our nation’s highest court and I know she will serve honorably.

Governor Eric Holcomb offered the following statement regarding the President’s nomination of Judge Amy Coney Barrett to the Supreme Court of the United States.

“Judge Barrett’s compelling combination of experience and intellect would serve our country well on the Supreme Court bench, adding another healthy dose of Hoosier hospitality to our nation’s capital.”

“President Trump has fulfilled his constitutional obligation to fill a Supreme Court vacancy and Hoosiers can rest assured that their senators, Todd Young and Mike Braun, will do their duty as well. I encourage the other 98 senators to honor their constitutional commitment by conducting a robust and fair confirmation process that ends with the approval of Amy Coney Barrett as the next Associate Justice on the United States Supreme Court.”