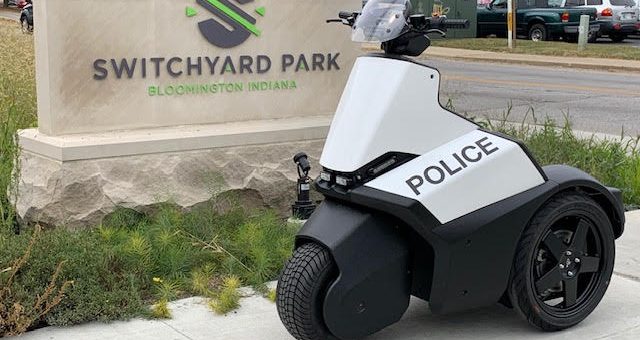 These vehicles are expected to greatly reduce the department’s overall fuel consumption due to reduced engine idling time and increased fuel
economy when compared to conventional gasoline engines. During a normal shift, police vehicles must constantly be kept running to power things such as emergency lights, radios, and computers.

Further, the climate control must remain on for much of the time to protect the large amount of electronics within the patrol vehicles. The recently purchased hybrid patrol vehicles are specially designed to be able to power electronics, emergency lighting, and the climate control using a lithium-ion hybrid battery with only intermittent running from the engine to top off the battery.

“Our patrol vehicles are literally rolling offices for our personnel to work out of,” Chief Mike Diekhoff said. “They have an incredible amount of electronics in them that must remain powered-on, so we were looking at ways to decrease our fuel consumption and carbon footprint while providing our officers with a vehicle that meets the demands of patrol usage. The hybrid patrol vehicle seemed like a perfect fit.”

The department also recently purchased an all-electric Segway SE-3 Patroller, which is a three- wheeled patrol scooter. This environmentally-friendly scooter will be used to patrol Switchyard Park and crowded downtown events that require alternative patrol vehicles and techniques. The Segway creates virtually zero noise and is intended to not disturb patrons and visitors while providing a visible police presence.

Funding for the vehicles came from department’s 2020 allotment from the Public Safety Local Income Tax (PS-LIT).