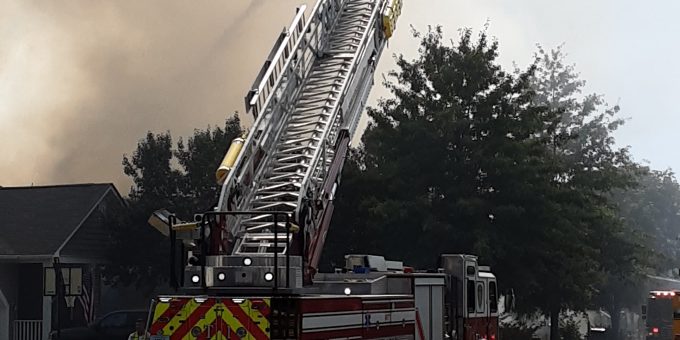 (BLOOMINGTON) – The investigation continues into the multiple residence fires on South Wickens Street.

Over a dozen investigators have completed interviews, scene analysis, and evidence collection in the days following Monday’s structure fires.

Witness statements and evidence at the scene indicate the fire likely began on the north side exterior of the residence at 3533 South Wickens Street.

Videos and photographs obtained from witnesses show the fire burned approximately ten minutes before it was noticed and emergency crews notified.

A small explosion was captured in the audio of a video at 1:06 p.m. This is the same time fire crews were being dispatched to the scene.

Investigators cannot rule out the involvement of an air condensing unit located on the north side of the initial fire. The unit will be analyzed further and additional information could take months to receive.

The rapid spread of the fire is being contributed to the proximity of the structures and the building methods utilized in construction.

While the homes were built to code, they provide very minimal protection from the horizontal spread of fire into attic space from adjoining structures.

A total of five homes were damaged in the fire, with three of those homes completely destroyed. A GoFundMe account was set up for the fire victims by neighbors with more than $7,000 raised so far. The money will be equally divided between the fire victims.