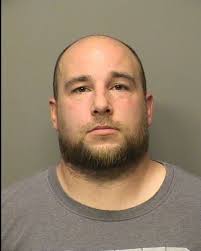 (HAMMOND) — A former Indiana union leader was sentenced Wednesday to 42 months in prison for his role in an assault on a group of non-union ironworkers at a church.

Jeffery Veach, of Portage, pleaded guilty in January to extortion conspiracy for attacking non-union workers who refused to join a local union group.

Under the plea agreement, 57 year-old Veach admitted that on Jan. 7, 2016, he threatened and attacked non-union workers in a failed attempt to obtain contracts for Iron Workers Local 395” from general contractor Lagestee-Mulder and from D5 Iron Works, two Illinois-based companies.

The non-union iron workers were constructing a school affiliated with Dyer Baptist Church.

Veach— who was president of Local 395 union of International Association of Bridge, Structural, Ornamental, and Reinforcing Iron Workers— was sentenced by U.S. District Court Judge Theresa Springmann. He resigned his union position and salary as required by his guilty plea Jan. 24 to organizing the violent attack on workers who opposed joining Local 395.

Thomas Williamson, 68, of Schererville also pleaded guilty to extortion conspiracy. He is scheduled to be sentenced by Springmann on Dec. 15.

At Veach’s direction, the union members attacked the D5 workers, who were beaten with fists and pieces of hardwood. One worker sustained a broken jaw that required several surgeries and hospitalization, according to prosecutors.