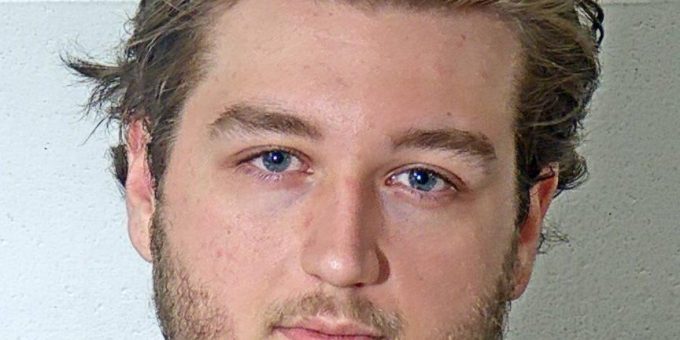 (BEDFORD) – A Bedford man was arrested early this morning after Bedford Police officers were requested to the 1000 block of R Street following a report of a male attempting to break a window on a vehicle.

While enroute, the caller told police the male left in a grey Chevrolet Impala.

An officer located the Impala a couple blocks away and observed the driver disregard a stop sign at 5th and N streets and again at 4th and N streets, said Chief Terry Moore.

The officer attempted to stop the vehicle. The driver sped up and disregarded another stop sign at 1st and N streets before finally stopping at Newton Street and Breckenridge Road.

“While speaking with the driver 23-year-old Dustin Smith he showed signs of intoxication and agreed to field sobriety test,” said Chief Moore. “After performing poorly, he agreed to a chemical test.  Once on station Smith became sick and was unable to give a breath sample but agreed to a blood sample.  After giving a sample at the hospital he was processed and transported to jail.”

Smith was arrested on charges of operating a vehicle while intoxicated and resisting arrest.