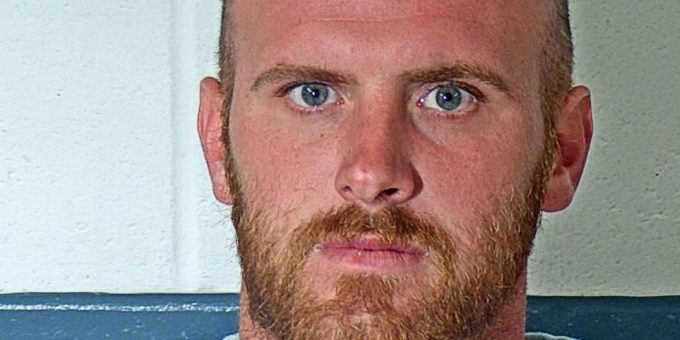 (SPRINGVILLE) – A Springville man was arrested after police say he stole items from Tri-County Rental.

According to a probable cause affidavit, in late 2018 the Bedford Police Department took two reports from the new owner of Tri-County Rental located on Bundy Lane. They said items had been stolen from the business.

On November 26, 2018, police recovered the stolen truck west of Bundy Lane. The truck was parked on a gravel lane near a pond on the north side of State Road 158 which is directly behind Tri-County Rental.

The trailer and skid steer are still missing.

Tri-County surveillance video captured an unidentifiable person shining a flashlight in a window of the business. This occurred multiple
times over the span of 10 minutes. A motion light outside the business also seen coming on and off multiple times during the same time. At 12:13 a.m. on December 21, 2018 the power to the building was shut off which then caused the camera to stop recording.

Bedford Police found the outside breaker box had been opened and the breakers had been turned off.

Surveillance footage was obtained from Smokin’ Jims, which is located directly across Bundy Lane from Tri-County Rental. At 2:18 a.m. the video shows the dump truck, trailer, and equipment exit Tri-County Rental and travel toward State Road 158 on Bundy Lane.

Revere’s Food and Fuel surveillance video then captured the stolen vehicle and equipment turning west onto State Road 158 from Bundy Lane at 2:19 a.m.

On December 21, 2018, police located the stolen Ford dump truck just west of Bundy Lane down a gravel lane near a pond on the north side of State Road 158. This is the same place where the stolen truck was recovered.

On December 27, 2018, the stolen C&H trailer was located and recovered at the New Union Christian Church along State Road 158, west of Bedford.

On February 5, 2019, Bedford Police received information regarding additional stolen equipment found at 4221 West State Road 54 in Springville at the home of Michael Simmons.

At the home police recovered the stolen salt spreader and wood splitter.

Simmons told police he had purchased the two items two years prior through an ad on Facebook. Police say this was obviously not true since the items had only been stolen less than three months earlier.

Simmons then changed his story saying he had gotten the equipment from a former employee named Jeff Dresnick. Simmons denied knowing anything about the theft.

On July 29, 2020, Indiana State Police located Dresnick and he denied being involved in the theft or knowing anything about it.

Dresnick said he would sometimes work with Simmons and he knew Simmons was in possession of a Kubota skid steer that they used on a tree trimming job.

On August 10, 2020 police requested a search warrant for electronic records on Simmons.

In September 2020, ISP obtained the electronic records and was able to determine that on November 20, 2018, at 11:33 p.m. Simmons was on the gravel road, just west of Tri-County Rental, where the stolen trucks were recovered.

A warrant was then requested for Simmons arrest.