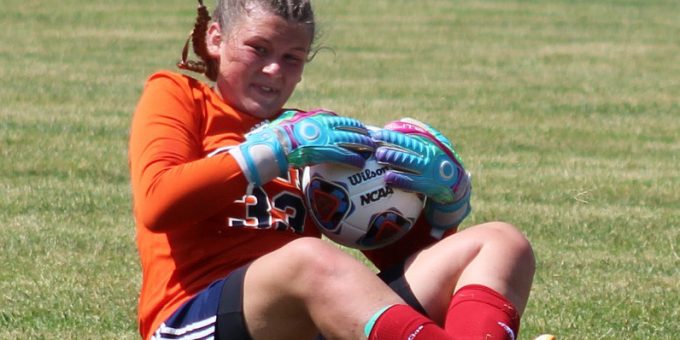 SALEM – Bedford North Lawrence goalie Hannah Riester made a diving save on a late penalty kick, helping the Stars preserve a 1-1 stalemate with Salem during girls high school soccer action on Tuesday.

The Stars (3-9-1) struck first, then had to withstand Salem’s offensive assault in the second half to escape with the tie.

“I’ll take a tie over a loss any time,” said BNL assistant coach Jackie Dufresne, who guided the squad as head coach D.J. West sat out a one-game suspension for receiving a red card in the previous match. “We fought hard, didn’t give up.”

BNL got on the board at the 20:30 mark of the first half as Heidi Dufore scored off a Katherine West assist. The Lions got the equalizer with 30:20 left in the second on a goal by Callie Backherms.

Riester made her game-saver with 16 minutes left.

“On a penalty kick, you know it’s advantage kicker,” Dufresne said. “She dove to her left. It was a beautiful save. Salem came out a little mad about the score in the second half, but we played with intensity and held on.”