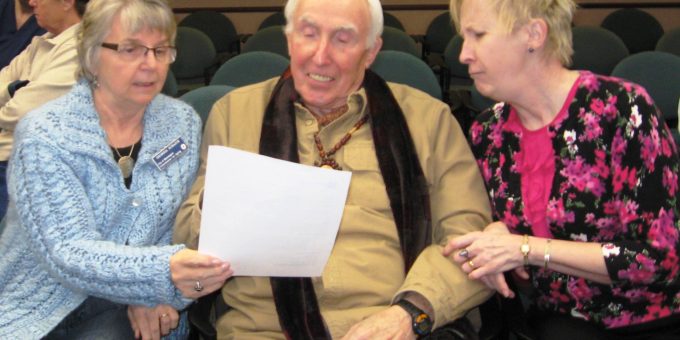 (BLOOMINGTON) – City of Bloomington Commission on Aging member Jack Kahn has been selected as a recipient of the 2020 Golden Hoosier Award, which recognizes older Hoosiers who serve others in an exemplary manner and dedicate their lives to bettering the community where they live.

Kahn moved to Bloomington 12 years ago from Woodstock, New York, following a 35-year career with IBM as a computer programmer and engineer. Once in Bloomington, Kahn immediately dove into community volunteering and used his work and leadership experience to develop a SeniorNet program of computer instruction for seniors at the Broadview Community Learning Center.

In 2009, Kahn and a small group persuaded local officials to establish the Bloomington Commission on Aging. This group works in collaboration with diverse community members and organizations to build bridges, open dialogue, celebrate accomplishments, encourage programming, and explore issues and concerns of older adults. He has since served as an officer on the commission and remains an appointed member who actively attends and advocates on behalf of older adults in many local government and community meetings.

Kahn is also known as a “fitness buff” and has engaged in a lifestyle that encourages others to be physically active. He is very proud of his two Bloomington daughters, one of whom has worked for years in local elder care organizations as administrator and social worker and the other of whom is an administrator at Indiana University. He is proud of his community and, according to a friend, “proudly represents age itself and is never shy nor embarrassed to call himself old.”

More information about the City of Bloomington Commission on Aging, a meeting schedule, and minutes can be found here.