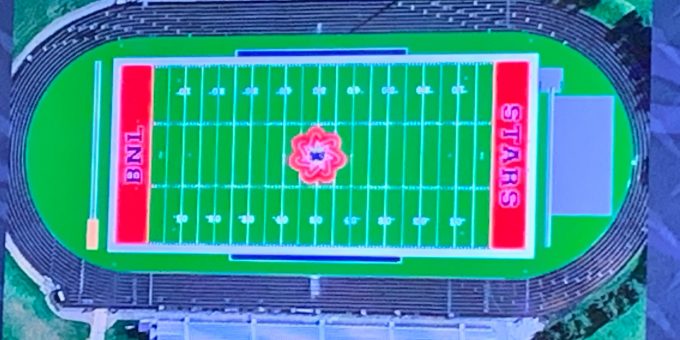 Before the vote on the project Bedford North Lawrence Band Director Eric Berger spoke once more in favor of the project. He also gave letters to NLCS Board President Trent Todd from students who supported the project and described what a benefit it would be and asked the board to move forward on the project.

“The kids were excited to play on fields with this synthetic turf and will be a great boost to our athletic programs,” said Callahan. “This field will also reduce injuries and the severity of those injuries.”

Ed Bay was the only person who spoke against the project.

“You have a responsibility first to educate the students and second to be fiscally responsible to the taxpayer. This project is costing taxpayers almost the full $2.6 million borrowed which was not was originally touted in the proposal for this project,” said Bay, who is also running as a school board candidate in the general election.

By replacing the football field and softball fields it is expected to help with the following:

The bonds used for this project will not raise additional taxes, and the debt service tax rate is expected to drop four cents next year. The debt service rate for the North Lawrence Community Schools is currently 38 cents.

During the project local contractors may be hired to perform work on various portions of the project.