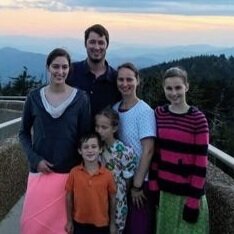 (INDIANAPOLIS) – A Worthington family was the victim of an armed robbery and shooting in Indianapolis early Thursday morning.

Wilma Hochstetler, 40, was shot and died at the scene. Her husband, Jonathan Hochstetler, was also shot and hospitalized. Jonathan suffered broken bones in his neck and jaw and went into surgery Thursday afternoon, according to his father.

Indianapolis Metropolitan Police Department officers were alerted to the shooting in the 3000 block of North High School Road around 1:30 a.m.

Jonathan Hochstetler, who owns a roofing and guttering company, was on a work site on the west side of Indianapolis at around 7 p.m. Wednesday. A tire on his trailer had blown out.

Jonathan told police he was finally able to get up, walk to the car where his six year old son was. The son handed him a cell phone and he called 911.

Jonathan was transported to a hospital in Indianapolis. Their son was released to family members. The Hochstetlers also have three daughters ages 16, 13 and 10.

A GoFundMe page has been set up to help the family pay for funeral and medical expenses.