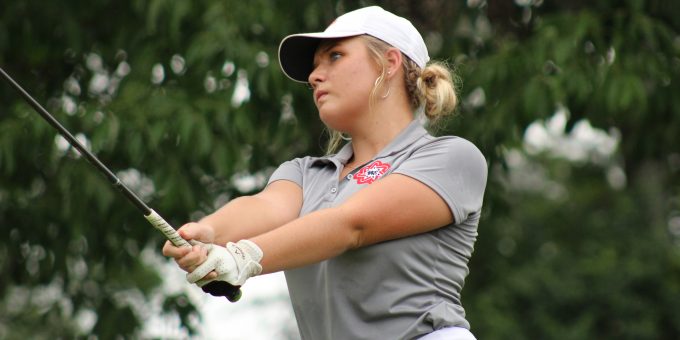 BEDFORD – Bedford North Lawrence wrapped up the 2020 regular season with wins over Brownstown and Springs Valley on the back nine of Otis Park on Thursday afternoon.

Bailey birdied the 18th hole while earning medalist honors. Ashley Chase had six pars on her scorecard while totaling 39, and Olivia Sanders offset a couple of struggling holes with a birdie on 16 and a 43 total. Chloe McFaddin capped the BNL scoring with 45.

“We’ve been all over the place on 9-hole matches,” BNL coach Aaron Sanders said. ”It’s been hard to put everything together and get excited about the 9-hole matches, which takes some steam out of it.”

Kyla Tarr had a 49 for Valley, while Ashlyn Fox finished with 49 for the Braves.

BNL will now turn its attention to the postseason, starting with the IHSAA sectional at Otis on Saturday. The Stars are shooting for their eighth consecutive sectional championship.

“I think we’re ready, just watching the girls swing,” Sanders said. “I think we can do better and we’ll keep pushing, but we’re in good enough shape for the sectional. Then we really have to bear down and be ready to post a good number (in the regional). You hate to look ahead, but it’s the truth.”

The Stars are scheduled to tee off starting at 9:30 a.m. The top three teams, plus the top three individuals who are not members of qualifying teams, will advance to the regional at Country Oaks on Sept. 26.