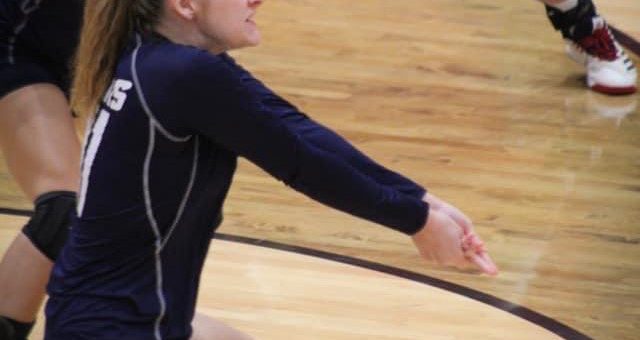 SHOALS – Bedford North Lawrence, caught between the Jug Rox and a hard place, wriggled free from its seven-game losing streak with a thrilling five-set victory over Shoals on Thursday night.

Shoals (2-10) played a high-class game, but Deckard had a phenomenal effort with 20 service points, 20 digs and 14 kills. Brynlea Bennett added 10 kills and 8 digs.

“If every player had Haley’s grit from beginning to end, we would be unstoppable,” BNL coach Gabrielle Arthur said. “When she sets her mind, she’s unstoppable. That’s what she did tonight. She had a huge impact.”

Shoals was a tough out, rallying from a 21-20 deficit at the end of the first set and a 23-22 hole in the third. BNL dominated the second and fourth sets, then made a run with Myla Bergman on the service line to finally pull away in the final set.

“It was exciting but a little frustrating,” Arthur said. “It was a roller coaster. I’m really glad we pulled out the win. We were looking for one and needed one.”

“Brynlea had a super aggressive night,” Arthur said. “The first two sets we were lacking someone to put down the ball. Once set 3 came, it was do or die, and she stepped up and was swinging away.

“We’ve had a winning record all season, so tonight was the way we were going to turn the season. We need to make sure.”

The Stars (10-9) will host Bloomington South on Tuesday.