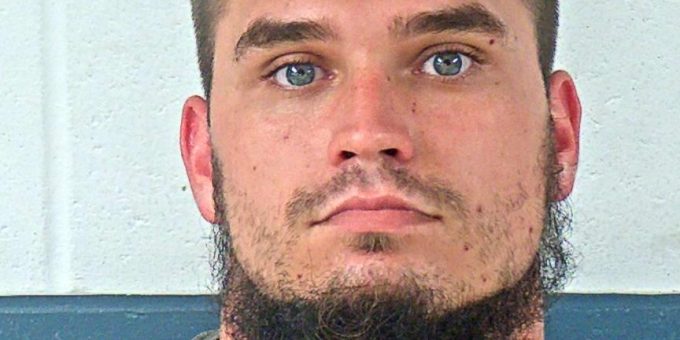 (BEDFORD) – A Mitchell man was arrested after Bedford Police officers were called to Dairyland on Lincoln Avenue about a possible intoxicated driver in a red pickup truck on Saturday afternoon.

Police arrested 24-year-old Jesse Spicer, on charges of operating a vehicle while intoxicated, OWI endangerment, possession of a narcotic drug, and unlawful possession of a syringe.

According to Bedford Police Chief Terry Moore, when officers arrived they found Spicer exited the story and got inside the truck and drove off.
Spicer was stopped and during a conversation with officers they determined he was intoxicated.

“K-9 Max was requested and gave a positive alert on the truck,” said Chief Moore. “During the search officers located a used syringe and foil with a residue that tested positive for fentanyl.  Spicer agreed to field sobriety test where he performed poorly.”

Spicer consented to a blood draw before being processed then transported to jail.