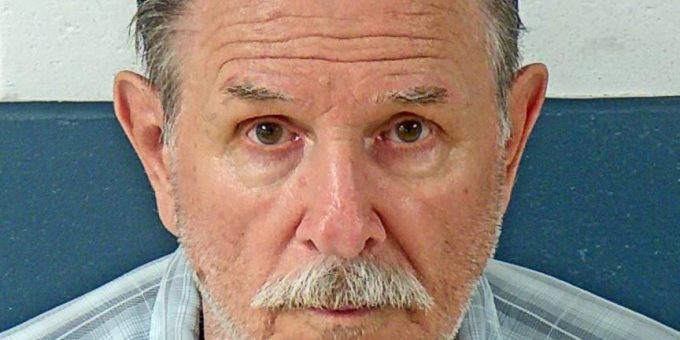 (MITCHELL) – A Mitchell man was arrested Saturday after police were called to 31 Lakeside after a report of vandalism.

According to a probable cause affidavit, when police arrived at the home they found scratches on the hood of a vehicle.

The owner of the vehicle caught the suspect doing the damage to the vehicle on his ADT camera.

The person doing the damage was the caller’s father James Bradley.

The son told police the two had been in a disagreement for more than a year after the son has asked his father for a copy of his will.

The father told his son he didn’t need a copy because he was not in the will. On that day the father and son were in a physical altercation and he told his son what he thought of his infatuation with his religion and choked him and threw him down a ramp. He was told to never speak to his father again. Since that altercation the son has not spoken to his father.

The son told police he has had several small types of vandalism to his vehicles.

He witnessed his father break out his taillight.

After the taillight incident he purchased the camera system.

Police were able to positively identify James Bradley as the person who keyed the hood of the caller’s vehicle.

Police went to Bradley’s home and he finally admitted to doing the damage. He was arrested.

Bradley told police he had gotten into an argument about a year ago over Bradley’s infatuation with the church and the neglect of his wife Bradley’s mother. James advised that he walks to the mailbox every day and everything had finally gotten to him. James advised that he had spent $17,000 to move his son next door and now his son will not talk to his mother.