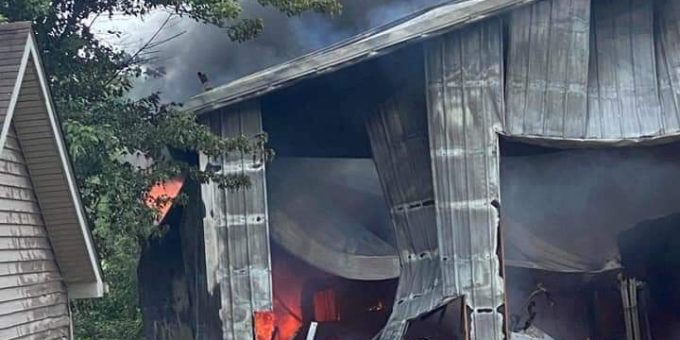 (BEDFORD) – Several fire departments responded to a large business fire in the 600 block of Harold Smith Road Friday afternoon. The fire occured at Cooper Recycling which is owned by Kirby Priddy.

Firefighters were alerted to the blaze around 12:57 p.m. after a report of a large garage fire next to a residence.

Firefighters were able to protect the home from catching fire.

“It was good work by all the responding fire department and assisting agencies,” said Jason Lewis, Fire Chief of the Marshall Township Fire Department.

There were no injuries reported during the blaze. The cause of the fire remains under investigation.