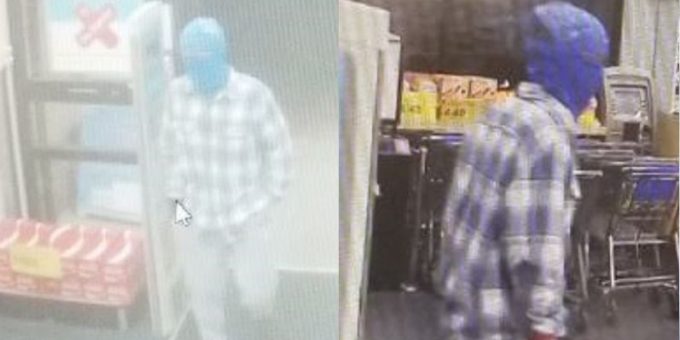 (COLUMBUS) – Columbus police are asking for the public’s assistance in identifying a suspect in a robbery at Walgreens on Beam Road.

Police say a man entered the store and told workers he had a firearm. He then fled the store with an undisclosed amount of cash.

The man is described having a white complexion and a slender build. He was last seen wearing a blue mask, flannel shirt, gray sweatpants, and dark shoes.

The Bartholomew County Sheriff’s Department is assisting the Columbus Police Detectives Division in the investigation.

If you have any information contact the Columbus Police Department at 812-376-2600. Tips and information can be anonymous.