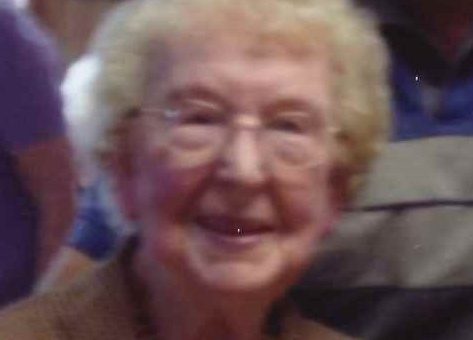 Born June 29, 1927, in Williams, IN, she was the daughter of Henry and
Hazel (Reeder) Wagoner. She married Samuel A. Webb on March 15
1947 and he preceded her in death on March 27, 2010. She attended
Williams High School and graduated from Huron High School after the
Williams school burned. After graduation, she worked two years at Crane
Naval Depot as a clerk-typist. She also worked for American Printing
House for the Blind and worked for ten years as the secretary for her
husband during his early years as a Baptist minister. She worked for ten
years as the Post Office Supervisor at Judson College in Elgin, IL, and
retired from there in 1988.

She enjoyed writing poetry and had several of her poems published and was the recipient of the Golden Awards.

She was preceded in death by her parents, her husband, a son, Mark Allen; a brother, Bobby Wagoner; a sister, Lois Williams; daughters-in-law, Carla, and Karen Webb.