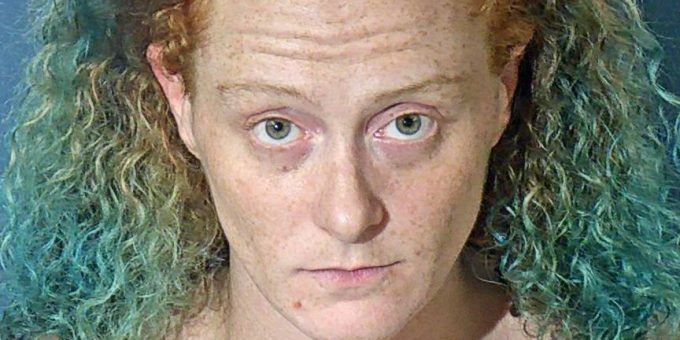 (BEDFORD) – A woman was arrested after a Bedford Police officer noticed a vehicle parked at Rocket Fuel early this morning.

It was 12:45 a.m. and the store was closed when they found 30-year-old Brittany Mott, of Freetown, and another female sitting inside a parked vehicle in the lot.

“A short time later the officer returned to the same area and witnessed the two individuals walking,” said Chief Terry Moore. “The officers stopped and spoke with a male and a female who identified herself by a false name and gave a false date of birth. It was determined that information was false after BMV could not find the name given.”

The female finally gave her name as, Brittany Mott, and told officers she thought she had an active warrant.

“The warrant was confirmed, she was taken into custody.  After processing and transporting her to jail, officers located a metal grinder with a substance that tested positive for meth in the backseat of the transport vehicle,” added Chief Moore.

Mott was arrested on the outstanding warrant and new charges of possession of meth, and identity deception.