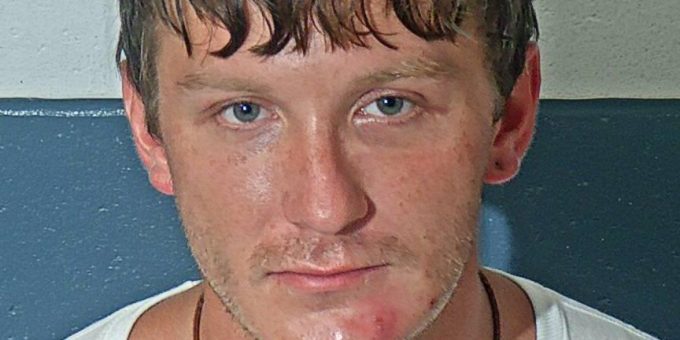 (BEDFORD) – A Bedford man was arrested after a Bedford Police officer saw him driving a moped and then made several traffic violations early this morning.

“Simmons was stopped and during the conversation Michael showed signs drug use,” said Chief Terry Moore. “Simmons agreed to a search of his pockets where officers located a cigarette pack. Inside the pack was a clear baggie containing methamphetamine.”

Simmons was arrested on a charge of possession of meth.