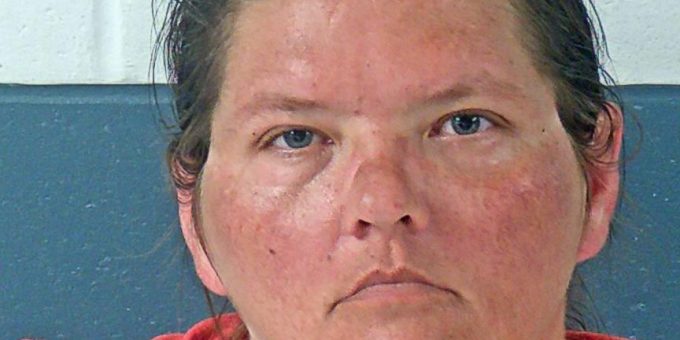 (BEDFORD) – A Campbellsburg woman was arrested Monday on theft charges.

Lawrence County Sheriff’s Department deputies arrested 39-year-old Jackie Tussey, of Campbellsburg, on a warrant on a charge of theft.

According to a probable cause affidavit on August 10th at 11:49 a.m. Bedford Police officers were called to Walmart after a report of a female in the store allegedly stealing items.

When officers arrived they spoke with the store’s loss prevention officer who reported she saw a female later identified as Jackie Tussey fail to pay for numerous items including two large totes in her cart with items inside.

The employee witnessed Tussey put several apparel items from the men’s, women’s, children’s, and infants. She also selected diapers, sippy cups, nipples for baby bottles, and children’s toys. She selected a DVD from electronics, blankets, towels, school supplies, and the two storage totes. After loading all the items strategically into the totes, hiding the majority of the items in the bottom tote, and some additional items were hidden by a tote lid in the top tote, she made her way to the self checkout registers

The loss prevention employee said Tussey paid for $79.45 in items that had been placed on top of the totes but did not pay for the totes or the items hidden inside.

Tussey was stopped by an employee at the store exit and asked to see her receipt and noticed many of the items in her cart were not on the receipt.

The employee then escorted Tussey to the customer service area and contacted the Bedford Police Department.

The store filed a not trespass order and Tussey was escorted from the store with only the items she purchased.

Video and photos were taken and the information was sent to the Lawrence County Prosecutor’s Office and a warrant was issued for Tussey’s arrest.