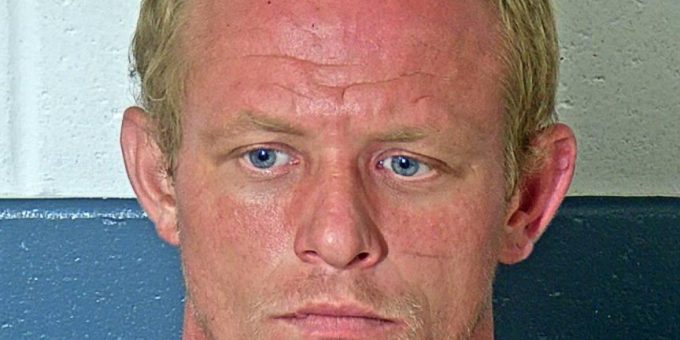 According to a probable cause affidavit, on August 28th at approximately 6:30 p.m. a confidential informant was given $50 to purchase marijuana from East. East sold the informant two clear baggies containing marijuana. The drug deal was recorded. An undercover office also witnessed the drug deal.

After the drug deal the information turned the 8 ounces of marijuana they purchased from East over to police.

Then on September 6th at 7 p.m. a female informant contacted police and said she was inside a cabin at 2435 River Road and she reported there was a large amount of marijuana on a paper towel on a coffee table in the living room in the cabin. The informant took pictures of the marijuana and sent them to police.

She also stated that prescription pills and methamphetamine was being used inside the cabin by multiple people.

At 9:09 p.m. that same day, Judge John Plummer III issued a search warrant for the home.

Police say East ran from the inside of the home and down the driveway and got into a blue Ford Taurus parked on the roadway. Police found him in the driver’s seat. East was detained and the search warrant was executed.

A K-9 alerted on a red bag located on the floor of the master bedroom closet between two dressers.

Police say the bag contained several prescription medication bottles that had medication in them that did not belong to anyone that lived at the residents. The bag also contained 100 hypodermic needles.

East was arrested and transported to the Lawrence County Jail. His vehicle was towed by Gear Works Towing.