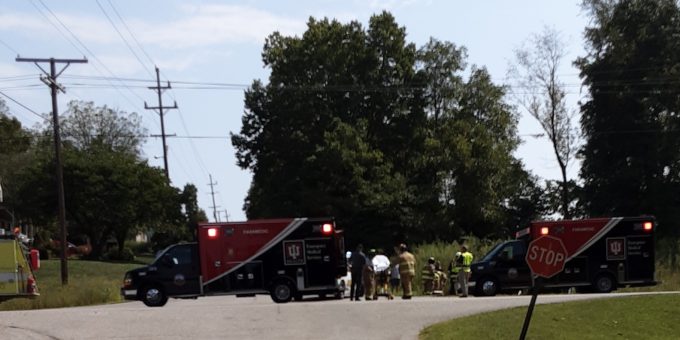 (BEDFORD) – Two people were injured in an accident Monday afternoon at the intersection of Stars Boulevard and Boyd Lane.

According to a Lawrence County Sheriff’s Department report, 22-year-old Abel Pena was traveling east in a 2009 Chevrolet Cobalt on Boyd Lane when he stopped at the intersection of Stars Boulevard.

At the same time, 65-year-old Randall Corbin, of Heltonville, was traveling south on Stars Boulevard in his 2020 Kia Soul.

Police say Pena pulled his vehicle into the path of Corbin’s car striking it in the driver’s door and front fender.

Pena complained of left leg pain. His passenger Zachary Wright was not injured.

Corbin complained of chest pain and passed out when being treated by an IU Health Hospital ambulance crew.