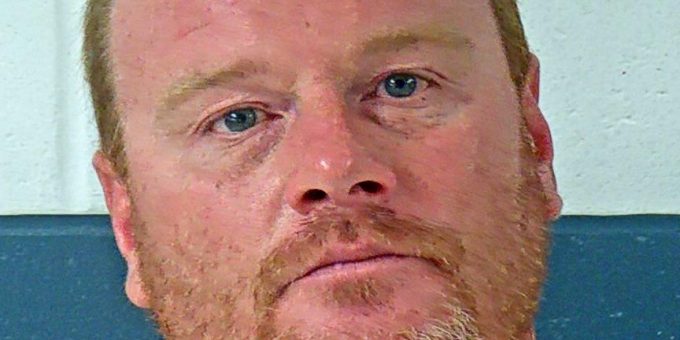 (MITCHELL) – A Paoli man was arrested on Thursday, Sept. 3 after Mitchell Police officers were alerted to a domestic fight.

Police arrested 46-year-old Jeremy Hardin, on charges of domestic battery, and interfering with reporting a crime.

According to a probable cause affidavit, Hardin was arrested after he injured a woman during a domestic fight.

Police say Hardin held the woman down and kicked her when he pushed her to the bed causing bruising to her right leg.