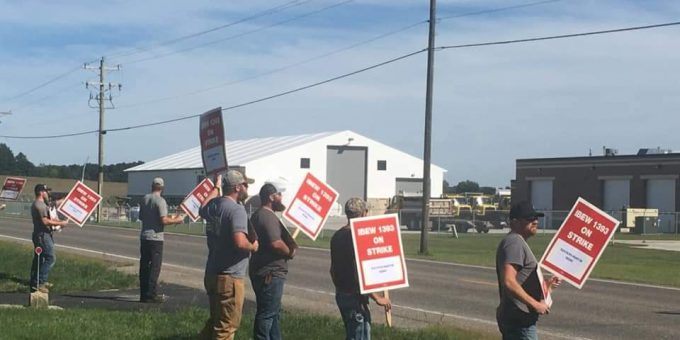 However, by Saturday afternoon the Daviess-Martin County REMC and the union reached an agreement.

Over the last several months the IBEW 1393 has been in negotiations on a new labor agreement for 9 union employees who provide service and maintenance of the REMC’s electrical infrastructure.

The employees have been working without a contract since July 1, 2020.

During the negotiations, the company refused to agree to pay employees a fair hourly wage, even though the current rate for the employees is already the lowest among all the electric co-ops represented by the union, according to a press release by IBEW 1393.

Unions throughout the area supported the Daviess-Martin County employees who were scheduled to go on strike over the weekend.

On Saturday, Daviess-Martin County REMC agreed to the union’s demands and is providing a fair wage and a benefit package.

The members ratified the offer and were seen heading back to work by Saturday evening.

A planned Solidarity Day was scheduled for Labor Day but was soon canceled.