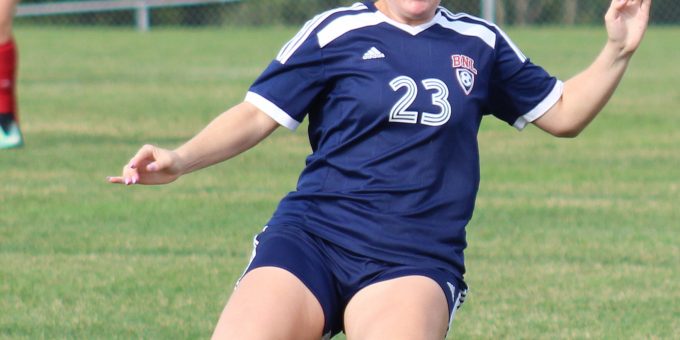 The Stars (2-4 with back-to-back wins) held the Eagles in check as high-scoring attacker Moriah Dunham (27 goals in the first six games) was quiet until the final two minutes.

BNL took control with an early goal as Alice Bair bounced home a rebound off Heidi Dufore’s shot at 7:07 in the first half. BNL added a second-half goal as Marlit Carter guided home a goal off a corner kick from Katherine West at 16:19.

Dunham finally countered for Evansville Christian (6-1) with a goal off a Piper Woodard assist with 1:30 remaining, but the Eagles couldn’t produce the equalizer.

“A great team win,” BNL coach D.J. West said. “We were able to neutralize Dunham most of the day, but when she did get shots off, Hannah (Riester) was there to save us.

“I’m really proud we were able to build on Thursday’s win.”

The Stars will visit Columbus East on Tuesday.