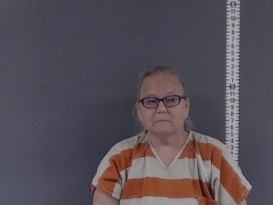 (SALEM) – A Salem City Council member and her daughter were arrested on drug charges Tuesday after police were called to a home in the 300 block of East Walnut Street after a report of a domestic fight.

Salem Police were called to the home of Michael and Gail Napier at 9:22 p.m.

While the officers were on scene attempting to settle the dispute, police discovered marijuana inside the residence.  They then secured a search warrant. During a search of the home, officers found multiple items involving drugs, and drug-related crimes. The items were seized for evidence.

Annie Napier is facing charges of possession of marijuana and maintaining a common nuisance.

Michael “Mick” Napier was not taken to jail because of his concerning medical conditions. According to police, charges will be filed on Michael for a future arrest.

Napier was elected to Salem’s City Council 4th District position last November as a Republican candidate. She also served as the director of Salem’s Senior Center for many years prior to the election.