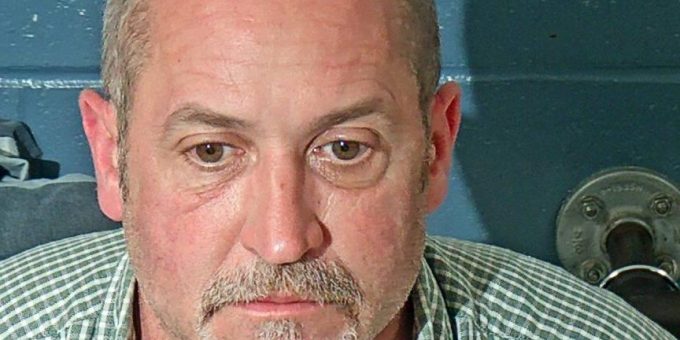 (BEDFORD) – A Bedford man was arrested after Bedford Police received a report of an intoxicated driver in a dark SUV traveling southbound on State Road 37 and Main Street in Bedford.

According to Assistant Chief Joe DeWees, an officer saw the vehicle at State Road 37 and State Road 58. The officer followed the vehicle and observed that the driver was displaying signs of impairment.

Rockwell was the driver. The officer could smell the odor of alcoholic beverages emitting from Rockwell’s breath. As Rockwell got out of the vehicle, he was observed to have poor balance. Rockwell was asked to perform some field sobriety tests, which he performed poorly.

Rockwell was taken to the station where he could not complete the breath test. He was then asked to submit to a blood draw.

“Rockwell refused this test and became physically combative and disorderly,” DeWees added. “A search warrant for the blood test was obtained.”

At the hospital, Rockwell continued to be combative and threatened officers and kicked one of the officers.