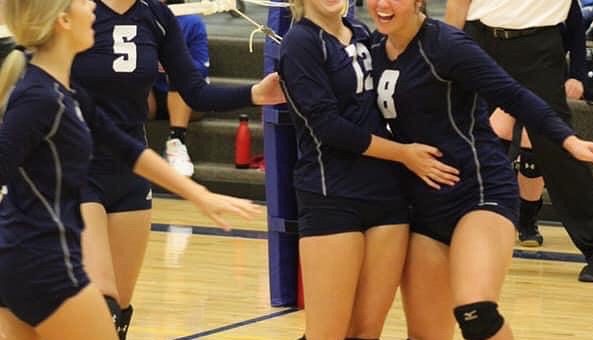 The Stars (now 7-2 with four consecutive wins) conquered Greencastle, Owen Valley and Brown County, all in straight sets, to claim the crown.

“The girls decided before the tournament they wanted to win it all,” BNL coach Gabrielle Arthur said. “They were not going to get down and push all the way to 25. That’s exactly what they did.”

BNL opened with a thrilling 28-26, 25-23 win over Greencastle. The Stars faced game point in the first set at 24-23 and rallied from 8 points down in the second. Annie Waggoner had 6 kills, 8 digs and 6 assists, Merritt Callahan totaled 10 digs and 8 assists, while Carlee Kern and Haley Deckard added 5 kills each.

In the second round, the Stars rolled past Owen Valley 25-10, 25-11. Kern had 5 kills, Callahan added 9 digs and 7 assists, and Brynlea Bennett finished with 4 kills.

BNL, which went on the road for a 5-set win over Brown County, earlier this season, never trailed and clipped the Eagles 25-15, 25-16 in the finale. Myla Bergman had 4 aces, Waggoner totaled 6 kills and 7 assists, Callahan had 11 digs and 9 assists, and Kern added 4 kills and 8 digs.

”Every person on the varsity roster saw the floor at some point,” Arthur said. “Not one person had an off day.

“Merritt had a strong day defensively, Myla served everyone off the floor. Sydney Gipson had solid blocking along with our middles, and Annie had multiple dump kills in every game.”

BNL will celebrate Senior Night against White River Valley on Monday (varsity only), with senior honors starting at 6:30 p.m.