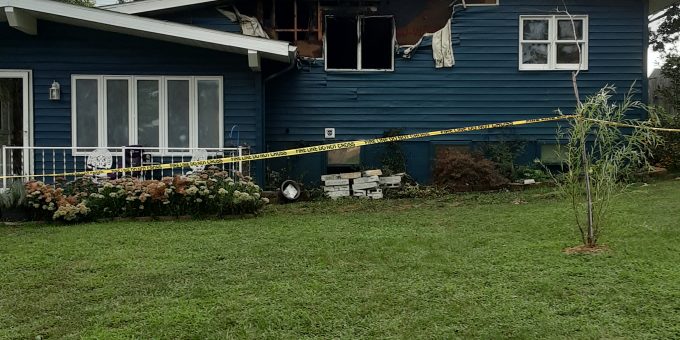 (BEDFORD) – Bedford firefighters responded to a house fire in the Edgewood Addition on Friday afternoon. All three fire stations responded to the blaze, with no reported injuries.

The blaze caused extensive damage to the home. The homeowner stated she had insurance and did not need anything at the time when we spoke to her Friday evening.

WBIW has reached out to Bedford Fire Department Fire Chief John Hughes on Friday afternoon but he was unavailable for comment.

The Indiana State Fire Marshal was on the scene Friday evening trying to determine a cause of the blaze. This story will be updated when a statement from the Bedford Fire Department is released.