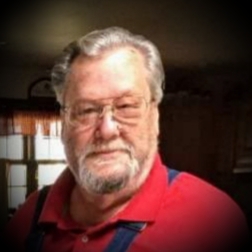 Born May 4, 1950, in New Castle, IN, he was the son of James William and Magdalene (New) Silvers. He married Thelma Ruth Jones on December 30, 1977, and she survives. He was a retired supervisor for Superior Essex. He
was a hardworking and loving husband, father, grandfather. He was a member of the Goldwing RoadRiders Association and loved riding his Goldwing trike. He enjoyed riding his jeep with family.

He was preceded in death by his parents, his step-father, Noble New, brothers, Jerry Wayne Silvers, and Donny Edward Silvers.

Private family services will be held at a later date.