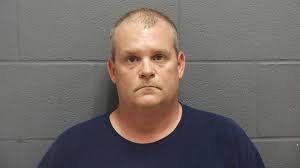 (CRAWFORDSVILLE) – The gruesome details have been released in the case of Michael Parks who killed his wife Hope Parks.

Michael Parks is charged with his wife’s murder. His jury trial is scheduled to begin Jan. 12, 2021.

On Aug. 20th, Michael Parks arrived at the Crawfordsville Police Department to report that his wife had disappeared on August 18th after they got into an argument.

According to court documents, Michael Parks told police that his wife had thrown her wedding ring and keys at him before getting into a car with someone else and leaving. He claimed he’d “repeatedly attempted to contact her by phone” and decided to come to police to report her missing.

When police arrived at the Parks home in the 1000 block of South Elm Street they found dried blood in the driveway and blood in the garage, as well as a bloody shoeprint. They then requested a warrant to search the home.

In the yard, they discovered a trail of blood droppings and a .22 shell casing. They also found a .22 rifle and ammunition inside the home along with Hope’s phone in a safe in a bedroom.

Police also discovered a man’s shoe with a tread similar to the footprint found in the garage.

An autopsy determined that Hope Parks had been shot in the back of the head. She had also suffered blunt force trauma to her chest and extremities.

An additional search of Parks’ home on Friday turned up a blue tarp with stains that appeared to be consistent with blood; police believe Parks used it to transport his wife’s body. Investigators also found additional hair and plastic bags containing blood-covered rags in a hole in the cellar floor.