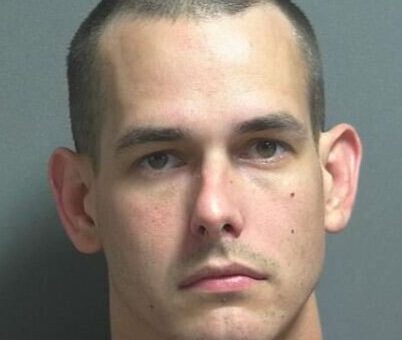 (BLOOMFIELD) – A Bloomington man was arrested after Indiana State Police say he made threats against a Greene County judge.

The name of the judge who was threatened has not been released.

Troopers arrested Douglas Steele on a felony charge of intimidation.

According to Indiana State Police, the judge received several emails from Steele over a custody case involving Steele’s son which the judge was overseeing.

The threatening emails were sent to the judge after Steele’s son and two other children and their mother were reported missing in Monroe County on Sunday, August 2nd.

Law enforcement officers in Monroe County attempted to make contact with Steele at his residence but he was not home. After they left, an emotional Steele contacted Monroe County Dispatch wanting to know why police had been at his home.

The mother and children were located safely in Bloomington.

On the same day the judge in Greene County received an email from Steele. The email states if the judge doesn’t assist in finding his son and the others, “… I’m gonna do everything in my power and submit everything every second that I can to get you off that seat …” and that he prays for the judge’s sake that the child is not in any real danger or hurt somewhere “… because Greene County won’t even have a courthouse when I’m done seeing you I’m not even joking I cannot wait to see you I’m coming up there tomorrow if they haven’t found my son by tonight …”

The email was received around 1 p.m.

Troopers visited Steele’s home around 8 p.m., but Steele was not home.

Troopers say Steele has a criminal record which includes charges for burglary with assault in Florida and a pending case in Morgan County for possession of a firearm without a license within 500 feet of a school.

Troopers were concerned about Steele’s emotional and mentally unstable state of mind and that he could be in possession of a firearm.

The next day a warrant was issued for Steele’s arrest.

Special Judge Lori Thatcher Quillen, of Owen Circuit Court, has been appointed to hear the case.

Steele pleaded not guilty to the charge on Thursday, August 20th.

He was appointed a public defender Ellen Martin and his bond was set at $10,000 with ten percent allowed. He was ordered to have no contact with the judge he threatened.

He has since bonded out of jail.

Steele will appear in Greene Circuit Court for a pretrial conference on November 30th at 8:30 a.m. A jury trial is scheduled for March 16th at 9 a.m.