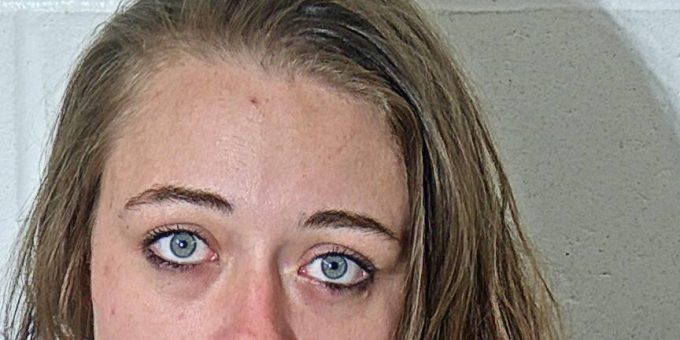 Indiana State Police arrested 26-year-old Kenzi Cox, of 2204 Norton Lane, on felony charges of dealing meth over 10 grams and possession of meth over 28 grams on September 20, 2019.

According to Chief Deputy Bob Cline, Cox was sentenced to 10 years in the Department of Correction with no time suspended. She was given credit for 341 days served and will pay $385 in fines and court costs in a negotiated plea deal.

According to a probable cause affidavit, an undercover detective with the Indiana State Police Drug Enforcement Section received information that Tracy Sego and Kenzi Cox were going to travel to southern Indiana to purchase a large amount of meth on September 20 2019.

The undercover detective was aware that both Sego and Cox were dealing meth in Lawrence County.

An ISP trooper located their vehicle in the are of State Road 60 and Spring Haven Road and initiated a traffic stop. After activating his emergency lights, the people in the vehicle began throwing items from the passenger window.

The trooper stopped the vehicle that Sego was driving and Cox was a passenger in.

During a search of the vehicle officers found a plastic container with crystal substance residue that field-tested positive for meth. A legend drug was also located inside Cox’s purse.

Cox told police she and Sego had thrown meth out of the windows.

Both confessed they knew meth was in the vehicle and the purpose of the trip was to purchase the meth.

Cox admitted to dealing the drug and Sego admitted to purchasing at least 2 of the ounces of methamphetamine that was thrown from the window.

Both Cox and Sego both confessed to using meth during the trip.

Police searched the area where the drug was thrown from the vehicle and found a silver clutch type purse containing approximately 100 grams of crystal meth.

Both Cox and Sego were incarcerated in the Lawrence County Jail. Cox was found to be concealing hypodermic syringes prior to her arrival at the jail.