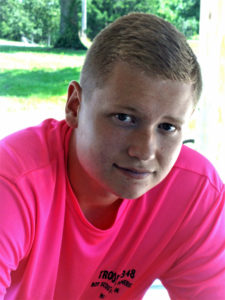 Mason had been a military police officer in the U. S. Army.  He earned the rank of Life Scout in Boy Scout Troop No. 348, and played guitar and drums with the Praise Band at the Mitchell Wesleyan Church.  Mason attended the Bride of Christ Fellowship.

His infectious smile lit up a room.  He will be sadly missed by many.

Funeral service will be at 11:00 a.m. Thursday, August 27, at the Bride of Christ Fellowship with Brother Jerry Allen and Reverend Steve Jones officiating.  Burial will be in Lawrenceport Cemetery.

The family will receive friends from 5:00 p.m. until 7:00 p.m. Wednesday at Chastain Funeral Home & Cremation Center and from 10:00 a.m. until the service on Thursday at the church.

Chastain Funeral Homes is in charge of arrangements.